The other day I was reading a report about the effect pesticides have had on the pollination activity. 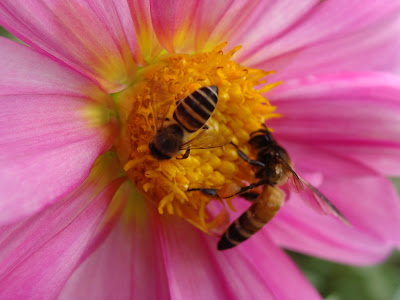 According to the report there has been a drastic fall in pollination because of the reduction of bee population which further was due mainly to indiscriminate pesticide spraying. The Bee count in the apiaries, which leased out there Bees for pollination, has gone down. 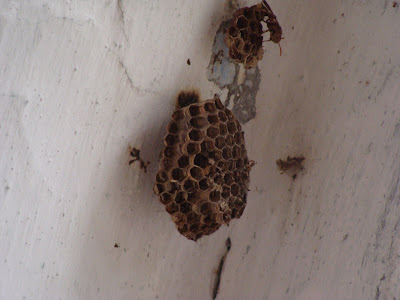 Commercial considerations have subverted every ethic in the market. We want quick fire solutions for everything without sparing a thought on the long term implications of our act. 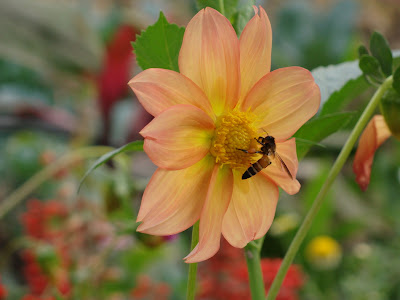 If this is true then we are surely heading for an environmental disaster. Imagine a world dotted with geometrically crafted gardens, filled with plastic plants in all shades and colors, a blue rose with the smell of touch me nots, laser light illusions, flowers that transform on a mere touch, fragrant blooms whose fragrance can be altered from say that of a lily to lavender at the touch of a button…! 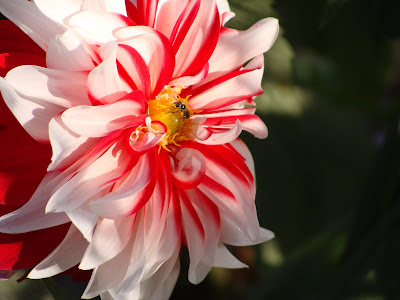 Somehow this scenario may sound fantastic to a lover of science, but is most scary for an ordinary mortal like me who wants to bequeath this earth to her children with all its uncontaminated natural beauty. Where a flower is a God’s creation, a gift for the living being’s visual senses, and not some factory crafted, made to order, perfumed stuff created to cater to a market. 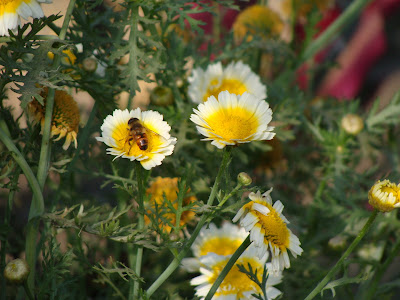 May be unlike impending fossil fuel shortage, these ‘little’ environmental problems do not compel us to press the panic button…not yet. And that is the reason why no wars are going to be fought over honeybees; no one is playing politics over their possession, and no one is earning Honeybee-dollars.To discuss issues like the ozone layer depletion and global warming have become something of a fad, but hopefully we’ll soon realize the other slow changes as well which have been accruing because of man-made activities, and stop fiddling with nature before it is too late.
Posted by Green thumb at 10:24 AM

Amen, GT!
I get so angry at the right wing republicans over here who think they are so smart and do not think any of our activities are affecting the environment...just keep going with your numbskull brainless activities and see where it gets us...I wonder if they will even be able to see further damage in their lifetime, or will it just be our children and further generations who will pay the heavy, heavy price.....
sad.

Right said, GT. I too used to spray pesticides in my garden but later on I switched to organic (of course I sometimes resort to pesticides if the darned villains threaten to kill my plants). Of course, my teeny spot on earth might not change the global environment but hey, I'm contributing and hope everyone thinks the same as you.
Lovely photos. I love your Dahlias as always.

You're absolutely right, Green Thumb! I hope something is done soon to help these 'farmer's friends' Without their hard work too many things can go wrong on our planet.
But, GT, those bees of yours are extra-big! Are you feeding them energy tonics ? ;)

Since you are of the same mind as I on this subject, you may enjoy a poem by Betty Lies that I posted on my blog last year. http://waterwhendry.blogspot.com/2008/05/demise-of-bees.html
It's sad and definitley thought provoking.
Aiyana

Food for thought Green Thumb. The bees do a very important job which is often overlooked by non gardeners. Reducing pesticide use is a worthwhile goal, whether one is using organic or synthetic pesticides. Integrated pest management is a good way to go. I didn't realize that only Republicans used pesticides. Hmmmm...

Excellent post, I agree with you 100%, the last couple of years the bee population in our area declined and there were many people concerned, specially farmers that depend on the bees for pollination. This year I am happy to report that the situation is getting better

I agree! this is frightening stuff. And to that end, Matron is prepared to grow FLOWERS in her vegetable garden just to attract the bees - so that they can pollinate my vegetables.

This is Anjita here from ODE magazine, Hyderabad. Your email id was not available and hence I am writing to you here.

ODE is a Youth magazine which is right now only available in Hyderabad. We are bunch of 22 year olds who have come with the idea and are lucky to watch ODE grow three issues old.

I happened to go through your blog and I must say it is well updated. Your post named 'B(ee)having With the Environment' was indeed informative! ODE is a Feel-Write-Publish Magazine where the readers are themselves the writers. I was hoping if you could give us permission to publish the post for the month of April.

Please do give us permission to go ahead. Its high time the ignorance level of people in general comes down.

Sorry forgot to drop my email id. Its anjita87@gmail.com or you can also mail me on anjita.fanatic@gmail.com

Please do drop in your reply and I hope it is positive.

Just by looking at the photos of blooms in your garden, it is difficult not to feel that spring is in the air! Love your garden!